The 1989 Loma Prieta Earthquake gave us a chance to see that seismic retrofits work by testing effectiveness on a natural shake table. An architect in Monterey County owned two turn-of-the-century houses that needed foundation bolts and cripple wall bracing. These houses were identical in every way. In 1988, the architect retrofitted one of them using the retrofit techniques described on this website. He bolted it to the foundation, strengthened the cripple walls, and did other seismic reinforcing. He did not retrofit the other house.

Then the Loma Prieta earthquake struck. The un-retrofitted house slid off its foundation and sustained over two hundred thousand dollars of damage. The retrofitted house only had plaster cracks that were inexpensive to repair. This house was fully habitable.  For all intents and purposes, seismic retrofitting had created an earthquake-proof house.

Seismic Retrofitting is again Tested in the 1994 Northridge Earthquake

In another example in Los Angeles, Bill Clinton did a photo shoot in front of a retrofitted house which suffered minimal earthquake damage. This was in a neighborhood that suffered significant damage.  After this he funded FEMA to give hundreds of millions of dollars to retrofit homes in Los Angeles.

Many people ask us if a house can be made earthquake proof. We can only say Yes! After the earthquake, while you are drinking a cup of coffee and watching the news, you will be glad you retrofitted your house and made it as earthquake proof in a way that only a good seismic retrofit can.

The house below suffered minimal damage to the outside. Even though it fell off its foundation, it is otherwise intact.  Inside it is a wreck, and all of it could have been avoided with a good retrofit. 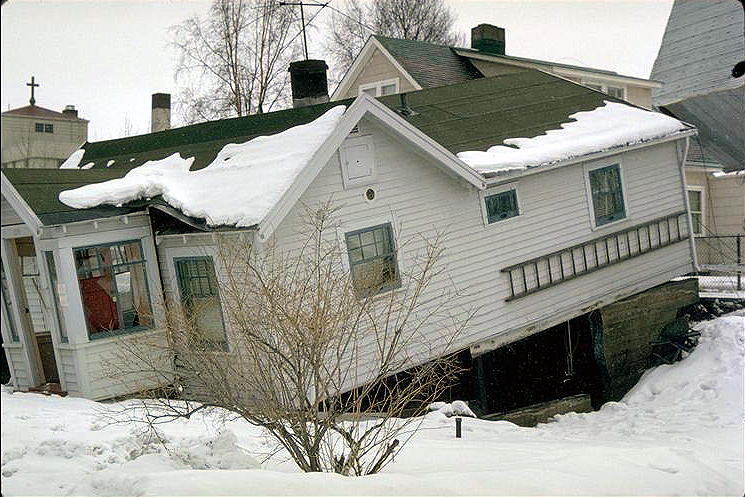