Earthquakes: Probabilities and History in the Bay Area

The Greatest Natural Disaster in History of the United States is Coming Soon.

GRAPHIC HISTORY OF EARTHQUAKES ON THE HAYWARD FAULT. IT HAS A REPEAT CYCLE OF 140 YEARS AND CURRENTLY IT IS 151 YEARS SINCE THE LAST BIG EARTHQUAKE IN 1868.  IN OTHER WORDS, IN 11 MORE YEARS WE WILL HAVE EXCEEDED THE HISTORIC MAXIMUM SPAN OF 160 YEARS.

According to the Association of Bay Area Governments the Hayward Fault will cause $165 billion in damage when it ruptures.  The chart below should give you some perspective on how much devastation this is compared to other large earthquakes.

The USGS also has a webpage that analyzes what will happen if a 7.0 earthquake has its epicenter in Oakland or Fremont.  Be sure and click the Map View and watch the videos.

According to government statistics, a quake on the entire Hayward fault would reach magnitude 7.3.  Over 155,000 housing unites will suffer damage so significant that they will be  uninhabitable.  Over 350,000 people will be displaced.   The earthquake will cause $90.4 billion damage to residential buildings and 96.4 to commercial buildings.   Page 75 of The online version of “The Coming Bay Area Earthquake: 2010 Update of Scenario for a Magnitude 7.0 Earthquake on the Hayward Fault published by the Earthquake Engineering Research Institute describes the situation vividly.  For a 12-minute video concerning the Hayward Fault, see the KQED documentary  Predictable Peril. 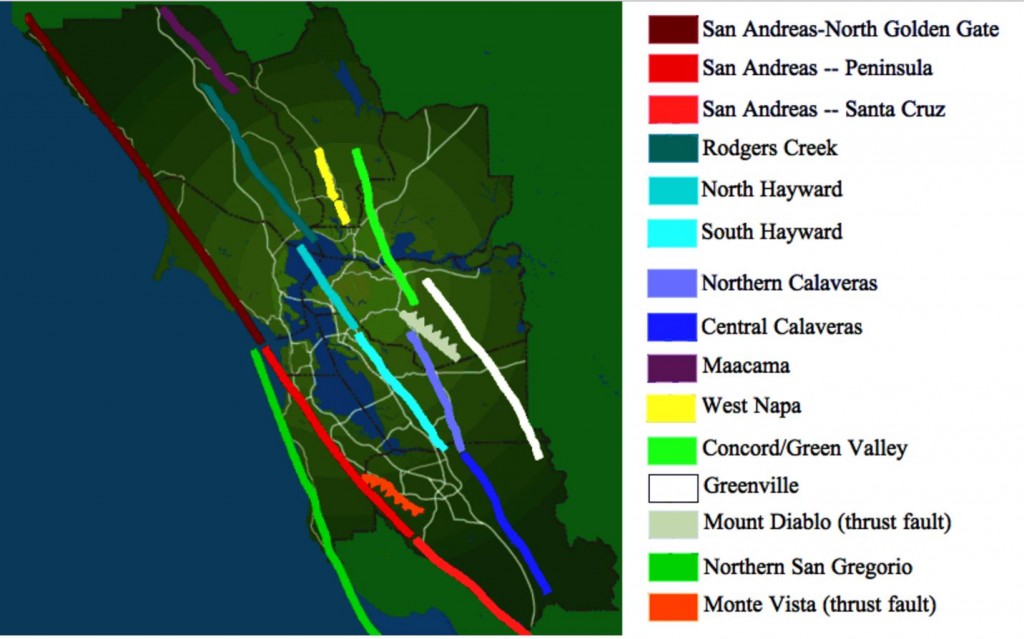 THE HAYWARD FAULT IS CONNECTED TO A SERIES OF SMALLER FAULT THAT MIGHT ERUPT AT THE SAME TIME CREATING A 7.3 OR HIGHER MAGNITUDE EARTHQUAKE

On page 10 of Seismic Behavior of Level and Stepped Cripple Walls by Y. H. Chai, it states, “More than half of the $40 billion dollar property losses in the Northridge Earthquake were due to failures of wood frame construction, primarily as a result of the damage or collapse of residential, single-family homes ……………..”  Damage from the Hayward Fault will greatly exceed this. 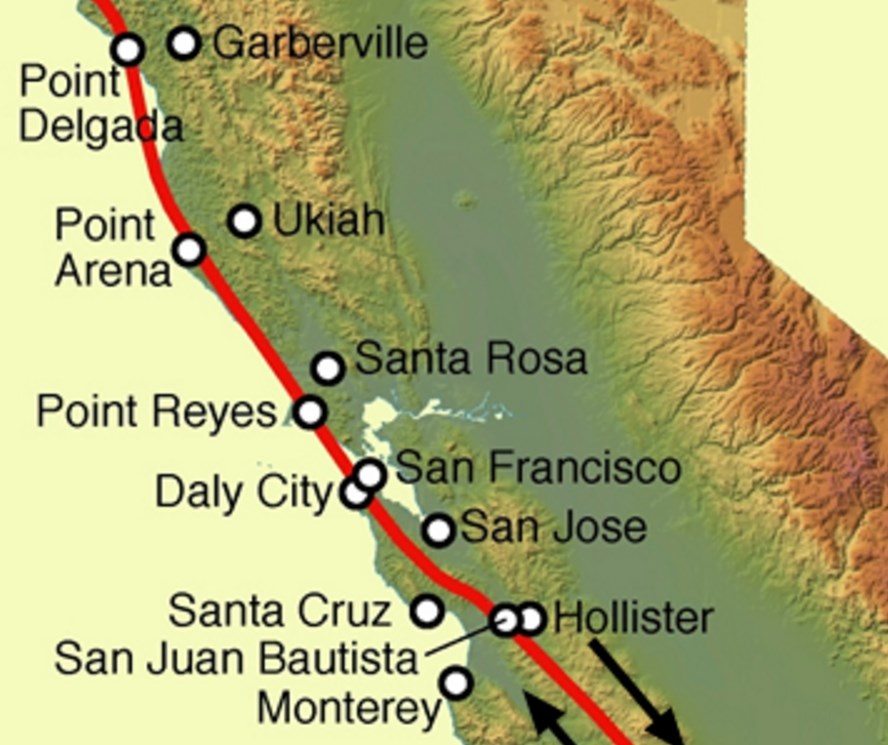 THE SAN ANDREAS FAULT IS QUITE DANGEROUS AND CAN CREATE AN EARTHQUAKE 8.0 OR MORE ON THE RICHTER SCALE

The Devastating Potential of the Cascadia and San Earthquake Fault Lines

The New Yorker published an article, “The Really Big One,” which warns that the Cascadia Fault is even more dangerous than the Hayward Fault.  The author Kathryn Schultz writes “When the next very big earthquake hits, the northwest edge of the continent, from California to Canada and the continental shelf to the Cascades, will drop by as much as six feet and rebound thirty to a hundred feet to the west . . . To see the full scale of the devastation when that tsunami recedes, you would need to be in the international space station.”  FEMA conservatively anticipates a death toll of 13,000.

Here is a shorter eye-opening  7-minute TV clip on the Cascadia Fault.    This fault regularly generates 9.0 temblors similar to the 2004 Sumatra earthquake and tsunami that killed over 227,000 people in Indonesia and India.  The similar magnitude 2011 Tohoku 9.0 earthquake that caused the Fukushima nuclear disaster is discussed in this 3-minute video.

Sorry for posting all the documentaries and I can’t really tell you which one is best.  Personally I like the following 50 minute BBC documentary on the Cascadia Fault which triggers the San Andreas Fault 75% of the time when it ruptures.  This in turn can cause the Hayward Fault to rupture. 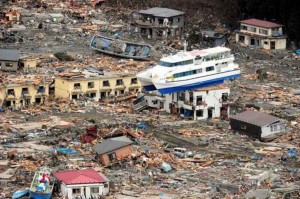 CBS News did a short but excellent documentary on the huge impact a rupture of the Cascadia Fault will have on our country. 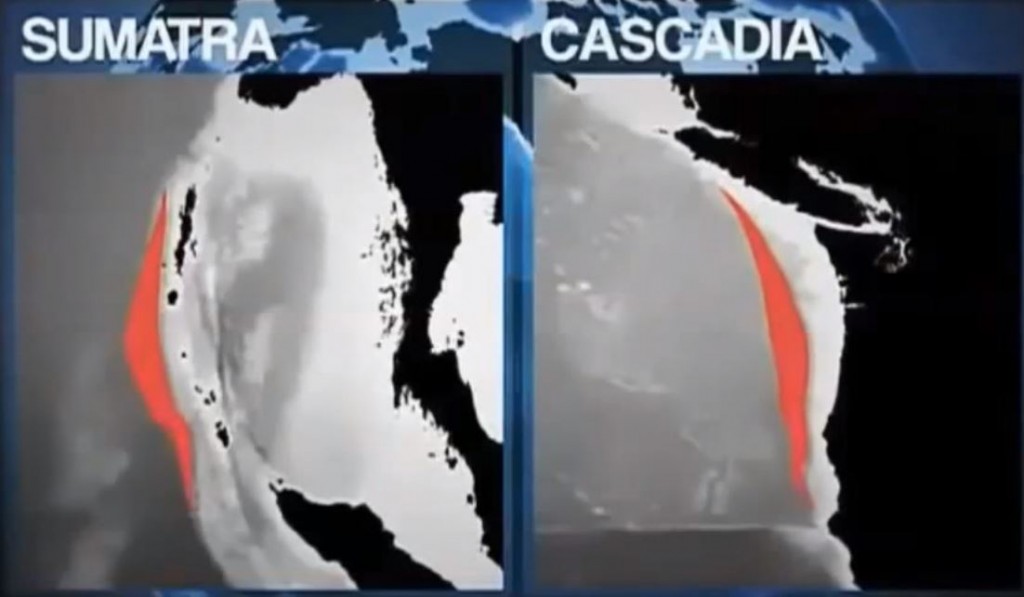 MIRROR IMAGE COMPARISON BETWEEN THE CASCADIA FAULT SHOWN ON THE RIGHT AND THE SUMATRA EARTHQUAKE ON THE LEFT THAT KILLED OVER 260,000 PEOPLE 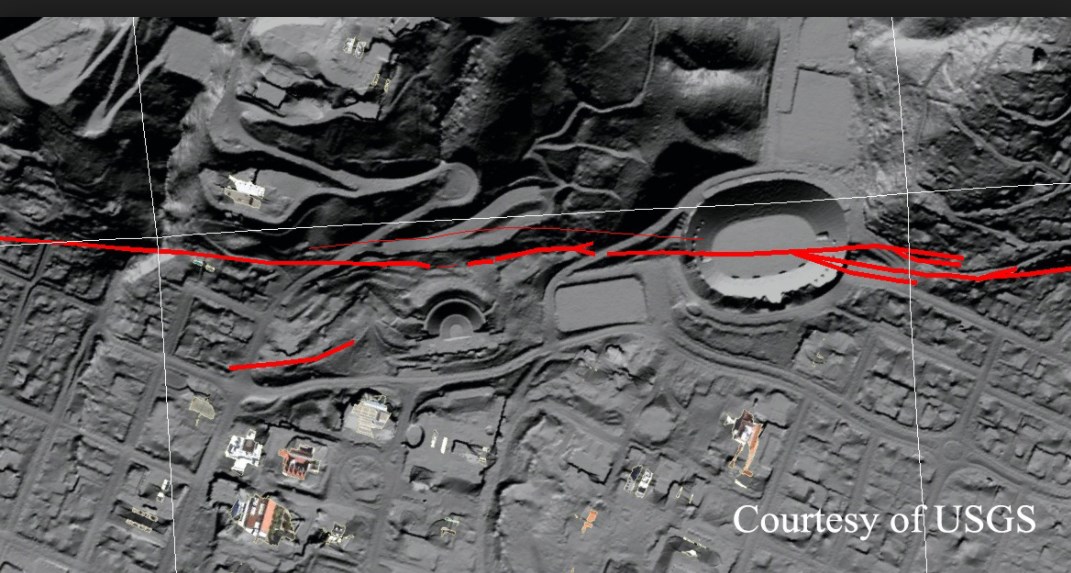 How does Ground Movement Cause Damage? 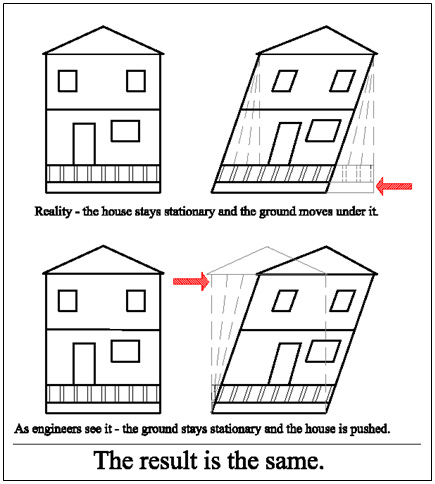 When the ground accelerates the house and foundation go with it.  When the ground stops suddenly and then reverses direction the house wants to keep on going and slides off the foundation.  It is similar to riding in the back of a pick-up truck which accelerates very quickly and stops suddenly. When it stops, your body moves as it is pushed forward.  A retrofit prevents this kind of movement.