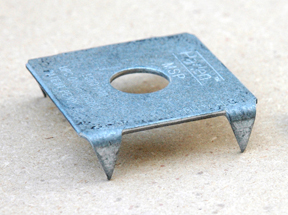 Mudsill Plates were invented by Harlen Metal Products after the Northridge Earthquake to increase bolt strength and to reduce mudsill splitting caused by oversized holes, a phenomenon which is discussed below. 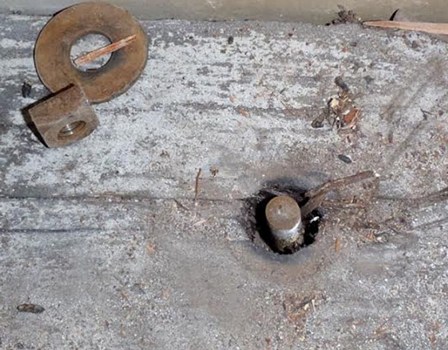 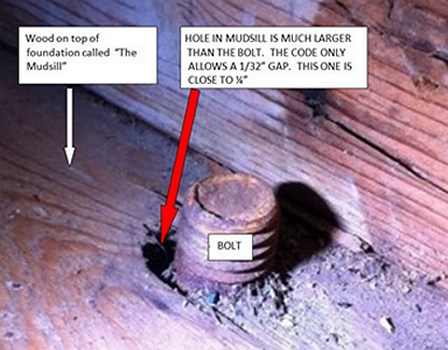 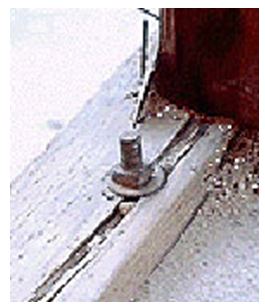 THIS MUDSILL SPLIT IN THE NORTHRIDGE  EARTH -QUAKE AND IS THE REASON MUDSILL PLATES WERE DEVELOPED. 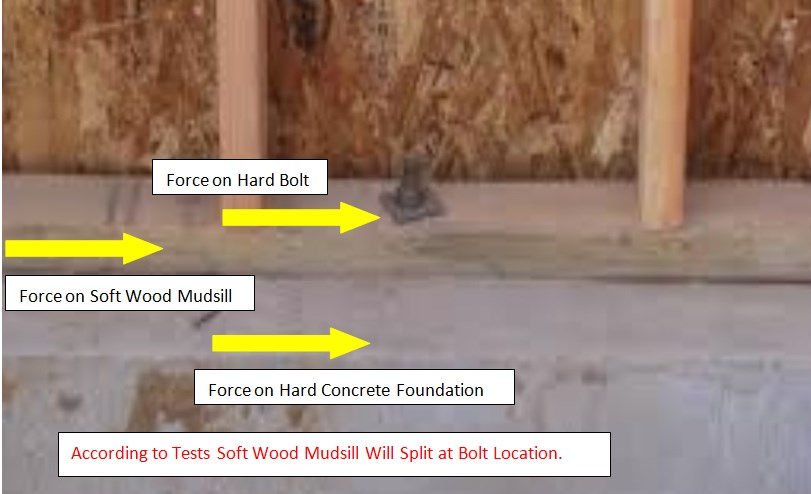 SOFT WOOD MUDSILL WILL FAIL BEFORE MUCH HARDER CONCRETE AND BOLT. ESPECIALLY IF IT HAS OVERSIZED BOLT HOLES