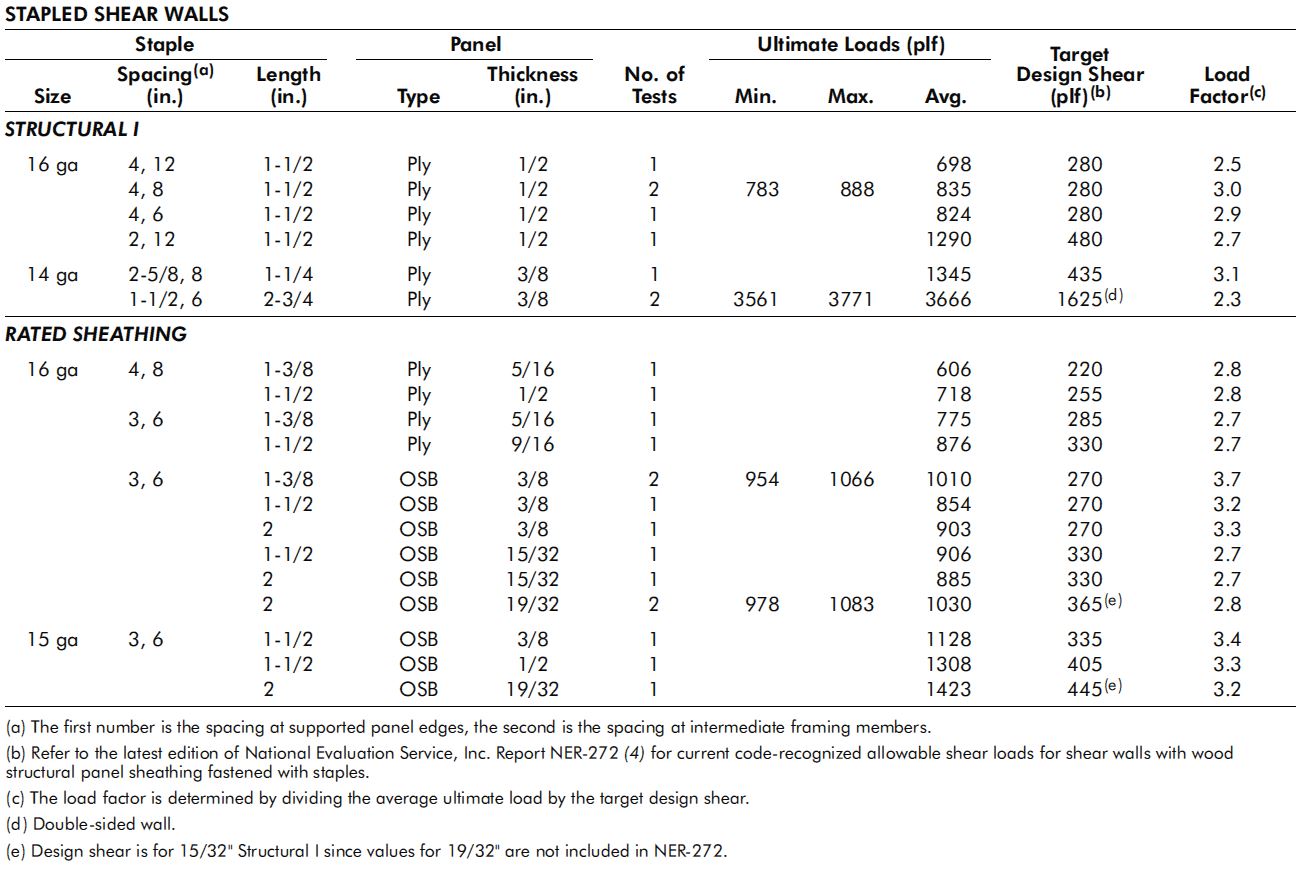 Stapled shear walls are a consideration when one is concerned about the framing behind the plywood splitting.

The thickness of plywood has no bearing on shear wall strength except in the case of high capacity shear walls.  For these shear walls, plywood up to 19/32″ (3/4) thick was tested and it was discovered shear wall built in this manner were on average three times stronger than the shear walls found in  the California Building Code.

This type of shear wall is extremely useful when one needs the strongest shear wall possible and a foundation strong enough to withstand this force.  A typical application would be shear at the front or back of a long apartment house, such as those found in San Francisco, built on a new foundation with extensive steel reinforcing.

Target shear is another name for “allowable load” which is the value the building code says you can use when designing a shear wall.  “Ultimate Load” is the point at which the test specimen actually failed.  “Load Factor” is the safety factor.  Meaning if you have a shear wall that fails on the testing table (ultimate load) and divide this by the safety factor (load factor) the result is the “Target Design Shear” or allowable load.  Scientist have a way of making everything more complicated than they need be.

Staples do not create high capacity shear walls, but if spaced close enough together they are extremely stiff.  This can be useful when designing a shear wall that will be working in tandem with other shear walls made of a stiffer material such as plaster.